Taking your medicine in the right dose, when you’re supposed to, is essential to achieving satisfactory healthcare outcomes. The challenges with optimising this process are that:

The solution comes in the form of new software-driven technologies for intelligent drug delivery. They each represent enormous potential for making the lives of clinicians and patients easier, and even improving the effectiveness of pharmaceutical treatments.

Unlocking this potential is a combination of a physical device for actually administering drugs, and the smart use of data to determine when and by how much. And there are some really cool examples of this in action.

But first, consider for a moment the impact that industry analysts believe these technologies are going to have on the pharmaceutical and healthcare industries. The big concept at the heart of it all is, of course, the Internet of Things (IoT). Where once the Internet was accessed and joined-up by computers, tablets and mobile phones, now there is an explosion of connected ‘Things’. Estimates for how many there will be by 2020 vary between Gartner’s 21 billion and Cisco’s 50 billion. Business Insider puts the number at 34 billion; 646 million of which it predicts will be exclusively healthcare devices. Enough for 10% of the world’s population to have one each.

If that wasn’t eye-popping enough, consider how much this market will be worth in a few short years. Grand View Research sizes it – very precisely – at $409.9 billion by 2022. And that’s only for the segment of IoT that relates to healthcare.

Understandably, a lot of venture capitalists have been pouring investment into some fantastic new ideas in the field of smart drug delivery. These include:

The nicotine patch that tops itself up

A new study into the devastating effects of smoking on your DNA is yet another reason why more people are trying to kick the habit. Unfortunately, it typically takes several attempts to accomplish the feat because nicotine is as addictive as heroin. Chrono Therapeutics has developed a device to wear on the arm or torso that syncs with an app to monitor nicotine levels in the patient’s body. This means that nicotine can be auto-administered just before cravings kick-in, and that the app knows when to time its coaching and motivation support messages to the user too.

Winner of the 2015 Red Dot Design award is the KiCoPen, a smart insulin pen to help the 371 million people worldwide affected by type 1 diabetes. The pen captures the exact insulin dose delivered and wirelessly transmits the information to an associated smartphone app. This seamlessly gathers data on blood glucose levels, activity and food consumption, and integrates it with insulin dosage. Local and cloud-based analytics turn the data into real-time actionable insights – helping the patient stay in control. The other really cool thing about the KiCoPen is that it doesn’t need a battery, which immediately ensures its user can have a better and more flexible quality of life. Instead, It uses energy harvesting – the simple action of removing the injector cap is enough to power the device.

The microchip that disperses drugs on demand

Revolutionary new implants developed by Microchips Biotech can store and release precise doses of drugs over months and years. They consist of micro-reservoirs, which each store up to one mg of drug. The implant is activated by a wireless signal which triggers the micro-reservoirs to release the drug on a pre-programmed dosing schedule. It can also be built with sensors that release drugs in response to physiological or metabolic changes in the patient.

There are lots of innovations in drug delivery at the moment, but not all are Internet-connected. They do, however, highlight the importance of data science in pharmaceutical research. Researchers from North Carolina University have developed a ‘plaster’ that you put on the surface of a joint, and which administers pain-relieving drugs when it stretches – ideal for those suffering from arthritis.

And what about JustMilk – a specially designed nipple shield originally conceived as a way of deactivating the HIV virus in breast milk so that infected mothers in low and middle income developing countries do not pass it on to their children. JustMilk is working closely with pharmaceutical companies to create other drug and nutrient formulations (such as zinc, to stop infant diarrhea) that are diluted by breast milk through the device, reducing the instances of infant death.

Expect to hear more about drug delivery in the coming months and years, as new devices and therapies come on stream.

Eessential tips on how to prepare your RFP or briefing documents, this guide takes you through the research process up to running your software selection process. 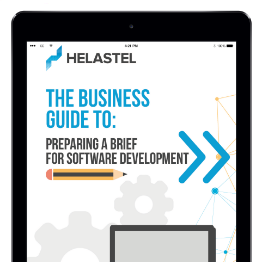 How to use software to get ahead of your competitors

Time to recharge your UX?